The library has support for OpenWRT, OpenWISP Firmware and it ships interesting features like configuration templates, variables and arbitrary file inclusion.

As of 15th of April 2016, a netjson plugin is available in the master branch of the git repository of the OLSRd1 routing daemon.

Prince is an open source implementation of the PopRouting Algorithm. It has been developed as a Google Summer of Code Project in collaboration with Freifunk and the University of Trento.

It fetches topology data in NetworkGraph format from the routing deamon, calculates the betweenness centrality for every node of the network and pushes back the optimized timer’s value. Currently (as of December 2016) it only supports OLSRd2 (aka OONF).

netjsongraph.js is a javascript library based on the popular d3.js visualization framework which can be used to visualize NetJSON NetworkGraph objects.

MeshNetSimulator is a simulator for sketching mesh routing algorithms. Supported is the import and export of mesh network topologies via the NetJSON format. The MeshNetSimulator also serves as an editor to change loaded networks and create new network structures. 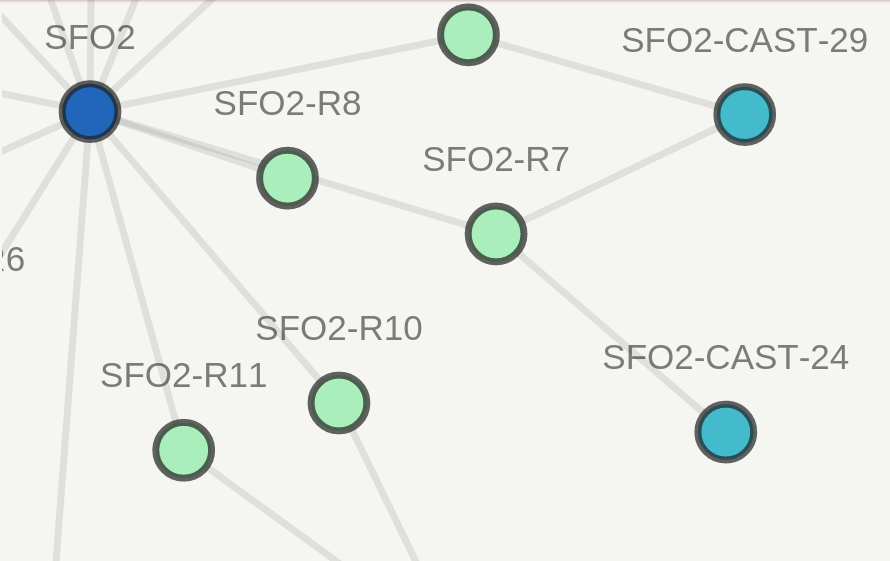 OpenWISP Network Topology is the module of the OpenWISP designed to collect, store and visualize network topology data.

This implementation has an HTTP API that is able to produce NetworkGraph and NetworkCollection objects, as well as consuming and storing incoming NetworkGraph objects sent in the payload of a POST HTTP request.

It is able to produce and consume the NetworkGraph NetJSON type.

OpenWISP Monitoring is the module of the OpenWISP designed to collect, store and visualize network topology data.

netengine-utils: utilities for parsing the output from ifconfig, iwconfig.